Social isolation can have a major impact on seniors’ lives. Emotional distress because of loneliness, depression and poor physical and mental health are all associated with social isolation.

According to the National Council of Canada, Social Isolation can put seniors at greater risk of death than factors such as obesity and physical inactivity. One study found evidence that shows that lacking social connections can increase one’s chances for early death to a similar degree to smoking 15 cigarettes a day.

Social isolation can have a major impact on seniors’ lives. Emotional distress because of loneliness, depression and poor physical and mental health are all associated with social isolation. 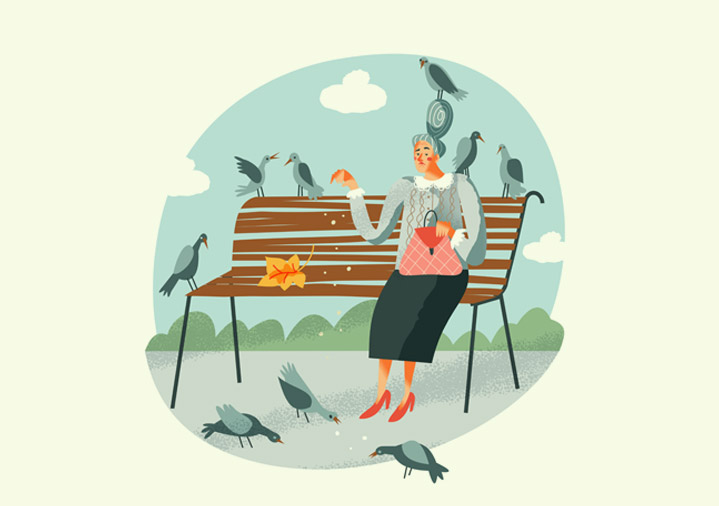 More than 1/3 of Canadians admit to ageist behavior; and 71 per cent agree older people are less valued in our society than younger generations. The three most common forms of age discrimination faced by Canadian seniors include: being ignored or treated as though they are invisible (41%); being treated like they have nothing to contribute (38%); and the assumption that they are incompetent (27%).

We are learning to deal with a lot of emotions through this program. The one about self-esteem last week was useful and it helped us to know how to deal with compliments and how we tend to think irrationally in so many situations. I was surprised at how we do not see our own strengths. I like the format of the program. It is very interactive, and everyone gets an opportunity to voice their opinions

What should we do?

Social innovation is an intentional way that community organizations, governments and public institutions, researchers, seniors and businesses work together and combine resources and ideas to make new plans and tools that address social problems in creative ways to reduce and mitigate the impacts of social isolation on our aging community.

In collaboration and consultation with older people, individuals, organizations and policy makers all have a role to play in building an age-inclusive society. There is a need for us to Invest in technologies that can help older people live independently for longer, raise awareness about ageism so that it is as socially unacceptable as other ‘isms’, like sexism and racism, and provide more healthcare and social service solutions to address the specific needs of an aging population.